The Adopting Common Measures program is highlighting key social purpose organizations across Canada and showcasing their impact and the progress they are making towards a more sustainable future for Canadians in keeping with Canada’s 2030 Agenda for Sustainable Development.

“It’s significant that the United Nation’s Sustainable Development Goals (UN SDGs) started as a global structure but over time there has been recognition that they have to be made relevant on a local level,” says Luis Patricio, Project Co-Lead of the SDG Cities project at Pillar Nonprofit Network. “That’s how people can get a handle on what they’re able to impact; what they’re aiming to achieve,” he adds.

Several years ago in London, Ontario there was significant work being done with a goal of ending poverty in their community. Through those efforts, it became apparent there was also a need for translation of global impact indicators into meaningful measurements at the local level. They also recognized that if this was not done systematically, the process would be very challenging.

Luis, working at the London Poverty Research Centre at the time, could see the benefits of developing a common vocabulary and approach for measuring the impact of driving global change through local action. After extensive research, community consultation and subject matter expert contributions, his team developed (and concurrently piloted!) a process for mapping SDG global indicators to local priorities. In response to requests from other communities for access to this information, their results were published and made available at no cost so anyone who wanted to conduct a similar exercise would have the tools at their disposal.

The SDGs are “a call to action to end poverty and inequality, protect the planet, and ensure that all people enjoy health, justice and prosperity” (World Health Organization) through a global focus on 17 topic areas. Due to the fact that they were adopted by 193 UN member states, with a need for each country to be able to work towards them in their own way, the 169 targets and 230 indicators are broad ranging.

As a result, there are some gaps when the indicators are contrasted against local situations.

According to Luis, “a good example of a gap that presented this challenge is the topic of gender equality. This is addressed in SDG #5, with all aspects described in a male/female binary. That needed to be translated for the local context as we respect the full spectrum of gender expression. The global descriptors and indicators for this SDG were too narrow to be applied in their original form.”

In 2016 the city of London, Ontario declared a goal to end poverty in a generation with their “London for All: A Roadmap to End Poverty” community plan. It was a bold ambition but with the combined efforts of the entire community, including United Way Elgin Middlesex leading the project implementation plan to coordinate the work and involvement of hundreds of stakeholders, they committed to achieving their goal. They aimed to use a holistic approach of addressing the economic, social and cultural factors that contribute to issues of poverty.

Emerging from this project was the realization that the global Sustainable Development Goals, upon which the London for All project intended to base their work, were at times, challenging to localize. Although conceptually an SDG indicator might seem to fit, the broad, global-focused nature of the item didn’t address local issues with enough specificity to make meaningful change.

London Poverty Research Centre, with Luis at the lead of the project, stepped up to create a process to localize the global SDG indicators. In doing so, they created a common vocabulary among community partners and stakeholders and a replicable process for translating global indicators to local realities. This ensured the work they focused on would have the ability to positively impact the issues they were trying to solve.

What they aimed to achieve with the process framework

“The process framework is intended to be a tool to capture all of a community’s important issues in one set of indicators; including a method for determining who needs to be involved in the project,” says Luis.

They wanted to include extensive community engagement and consultation with groups such as the London for All initiative and all its community members, different departments at the City of London, and other groups identified during the process.

When researching if other communities had tackled this same issue, they found only theoretical papers on the subject. These resources were helpful but did not include a process to develop local indicators that spoke to the immediate needs and realities of the community.

However, Luis and his team were up for the challenge.

The work was iterative – as they gained knowledge and created processes, they used them. They were effectively creating the framework and piloting it in real time.

How They Did It

This project included three distinct elements, although in many cases, they were implemented concurrently:

Originally, this work was solely intended to be used locally but it garnered attention from people in other communities who were engaged in similar initiatives (or wanted to be). Therefore, the team decided to share their work to support other regions in their journeys as well. They were pleased to publish the details of their process and all of the relevant tools in a report.

Two examples of excellent work that provided a solid research base were: Who and What Gets Left Behind by the Brookings Institute and Winnipeg’s My Peg initiative. The group considered these resources when developing their own concept for the implementation phase of the initiative.

The initial elements of the process they created were key: engaging a wide range of community stakeholders and creating a localization tool for indicators (pages 15-21).

“Our approach for translating the SDGs to the local level is a “two-way” method where a top-down (Global to Local) and a bottom-up (Local to Global) process has been developed,” explains Luis (page 11). “Similarly, when the federal government started to engage in some of this work several years ago, they used a Global to Local approach based on the SDGs. But now they have created a Canadian Indicator Framework (Annex III, page 39), which is their version of localizing the global structure for the national level. It includes local (Canadian, national) areas of focus such as reconciliation, for example,” Luis notes.

“Right away we knew we needed to engage a large number of stakeholders because the topics covered by the SDGs are vast. We wanted to involve as many relevant subject matter experts as possible, engaging across sectors and building strong partnerships to advance the SDGs locally,“ says Luis. “The SDG localization tools we developed, including a decision tree, helped us frame our work and have an objective approach,” he adds.

This project was building off of a three-year program that was supported by the city, therefore they had the mayor’s support as well as the ability to involve people from the eight tables that had been struck (e.g. employment, health, food security, housing). Since United Way Elgin Middlesex was also leading the London for All project implementation plan they were then able to consult with people involved in that project as well, such as the Middlesex London Food Policy Council, London Environmental Network, Employment Sector Council, and the London Economic Development Corporation, to name a few.

In total they approached 95 people and had a 73% response rate, meaning 69 people from 41 organizations participated in providing input to the localization process.

The SDG indicator localization process was developed for their community’s use but once Luis started receiving requests to share the work, he realized the information could contribute to global knowledge accessibility. By making it available to communities who want to develop local indicators, the groups would have a tested roadmap to reference.

“Even when we thought we were developing the process for our own use, we knew it needed to be replicable so it was designed that way,” says Luis. They now share the system freely with anyone interested in the information.

Since each community’s situation, context and ideals are unique, “the tool is meant to lead groups to develop a hyper-local and relevant group of indicators, reflecting their own circumstance and goals for the future,” explains Luis.

In 2022, their experience and process was also included in chapter 6 of the book “Performance Metrics for Sustainable Cities“, titled “Localizing the Sustainable Development Goals in London, Ontario: Analysis and Tools to Share,” published by Routledge.

The process of tracking impact in the London municipality is underway and, in time, will yield outcome measurements. The monitoring and measuring will happen over a long period of time as the issues are complex and it takes time to effect change.

The process framework report was published in early 2020, just as the pandemic was emerging. Luis is aware of other communities who are considering using the framework to implement their own process and hopes the report will benefit anyone who chooses to take on this method of tracking their impact on global SDGs.

Luis shares that, “for me, this process has reinforced the importance of creating the conditions for everyone to share their voice, develop shared language and understanding, and collaborate to create a shared vision that everyone can work together to achieve.” 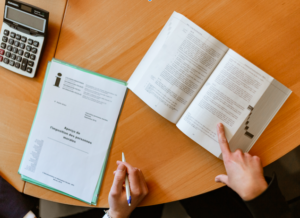 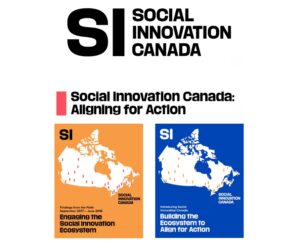 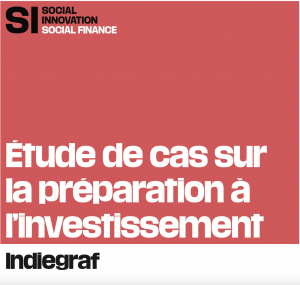 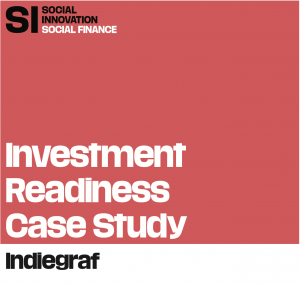 Author Erin Millar, co-founder and CEO of Indiegraf This case study is part of a social finance case studies series on investment readiness. Through a… 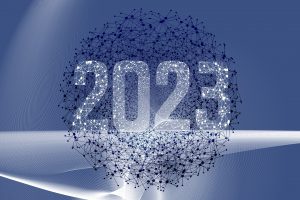 A time of transition

It is hard for me to think about 2022 alone because March 2020 until now has blurred together into one very, very, long year. But…