This article is part of our ongoing Introducing Series where we spotlight the people, projects, and organizations that are working on the forefront of social innovation in Canada. Read more articles from the series.

Circles for Reconciliation is a grassroots, incorporated, non-profit organization with a sole mission and vision of fostering reconciliation between Indigenous and non-Indigenous people in Canada.

The organization carries out this vision by hosting “Circles for Reconciliation“ each composed of ten people with two trained facilitators. Each Circle meets for 90 minutes, once a week for ten weeks with the goal of “creating and maintaining mutually respectful relationships.” The Truth and Reconciliation Commission of Canada have shared that that such relationships are the heart of reconciliation, and this is repeated in Calls to Action #45, and #46. Nation Chief Perry Bellegarde advises, “Before you build anything, build a respectful relationship.”

While Circles of Reconciliation began in Winnipeg, the national CBC radio show Now or Never featured the project in 2017 and generated over a hundred thousand Facebook hits and hundreds of emails from people from over 60 communities across Canada. One woman articulated a common theme in the emails they received: “I want to get involved in reconciliation, I don’t know how, and I am afraid of making a mistake; your project looks like a perfect solution for me.”Circles of Reconciliation felt they had to respond to this national thirst for reconciliation.

Circles for Reconciliation Project Coordinator, Raymond F. Currie explains that almost any organization can adapt their model: the project begins each Circle by creating a safe and respectful setting. This is followed by a presentation of a different theme each week to learn and understand different dimensions of Canada’s colonial history. The longest section of each meeting is reserved for sharing, where each participant is offered uninterrupted time to share their life story as they see fit. The Circle concludes with a Call to Action, reminding participants, as the Commissioners do: “Reconciliation begins with each and every one of us.” The Circles speak to minds and hearts.

Initially Circles of Reconciliation attracted individuals to join its Circles but recruitment is now primarily from organizations. Faith groups, corporations, museums, high school, college and universities, youth groups, social, health and community groups as well as agencies supporting immigrants and refugees have all hosted Circles, from Quebec to B.C.

What’s next for Circles for Reconciliation? The organization has partnerships with several First Nations that will shortly lead to Circles where half the participants will be from First Nations and half will be from neighbouring towns. They are also looking forward to a partnership with a large school division will bring together parents of Indigenous and non-Indigenous students in a given school for circles in the evenings.

Learn more about how to get involved on the Circles for Reconciliation website!

This article is part of our ongoing Introducing Series where we spotlight the people, projects, and organizations that are working on the forefront of social innovation in… 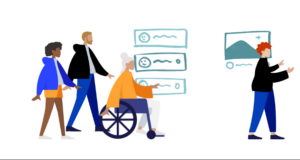 Before we dive into our National Social R&D Gathering at the end of the month, we wanted to check-in with a few members of the…