Like many rural communities in Canada, the Crowsnest Pass is facing tough challenges. The 6,000 inhabitant town in Southwest Alberta is struggling with the outmigration of youth, a declining and ageing population, a decreasing share of people of working age, and a gap between future work skill requirements and residents with these capabilities.

In response to students and their families leaving the community, the three schools at Crowsnest Pass (Horace Allen School, Isabelle Sellon School and Crowsnest Consolidated High School) came together to initiate a collective conversation to explore place-based learning.

With support from the Livingstone Range School Division they wanted to get a better understanding of the youth and tackle these challenges as a community.

“At that time we were talking about young people, students, that would attract families and young people to the Crowsnest Pass to get a good education,” explains John Taylor, Off Campus Coordinator at Livingstone Range School Division. “Then the project got into taking a look at life-long learning, for anybody of any age and stage in their lives.”

Local institutions such as the local Chamber of Commerce, the Public Library, and the Conservation Society, helped John form a team that expanded the reach of the project. People from all ages and backgrounds got involved.

They were suddenly faced with a more complex scenario and decided to search for professional support to make sure they could gather the different voices in the community. Enter the Trico Changemakers Studio.

Based in the Mount Royal University in Calgary, the Studio offers facilitation services to create social change in communities. “When we started working together, we really took a systems approach to the situation at Crowsnest Pass,” says Studio Director Lena Soots. “We were really interested in not only solving a problem with one solution, but actually taking a systems lens to it and trying to understand it on a deeper level.”

With the generous financial support from the Community Foundation of Lethbridge and Southwestern Alberta, the municipality of the Crowsnest Pass, and the local schools, the Studio helped to implement a social innovation lab within the community. Labs are processes in which multiple stakeholders are brought together to add different perspectives to the table so that they can deeply understand what the challenge really is.

“We wanted to name it, to articulate it in a way in which we could start to put the bounds on the system that we’re trying to understand, so that we know what we’re mapping and who to invite into the process,” explains Lena.

The Lab ultimately decided on one ‘challenge question’ to answer: Recognizing the significance of the changes in Crowsnest Pass and the world around us, how might we create a resilient, connected and thriving learning community that recognizes and builds on our existing assets?

Lena wanted to make sure that jargon wouldn’t get in the way when trying to engage such a diverse community. The 100+ participants ranged from grade five all the way up to retirees.

To clarify the concept, the first workshops were called Systems 101. “We needed to have a common understanding on what we mean by systems and what it meant to think in systems.”

The following workshops aimed to map who was involved in the challenge and which voices should be at  the table. They searched for the main actors in the community to find out who else was already trying to solve the issues the community was facing, who was mostly affected, and the relationships between them.

When COVID-19 hit, the Lab was taking a deeper dive into the challenge of increasing youth sense of belonging and connection in the Crowsnest Pass with a cohort of youth lined up to begin the ideation process.

When social distancing became a necessity, the process was presented with a new challenge. The convening team was confident they could adapt to the new reality, but how would the community react? Did it feel right to keep going?

An honest conversation with the groups involved was enough to realize that everyone was comfortable with the idea of taking the process online. The importance of the workshops for the community was a priority. “Every student that we asked to participate said yes. All of the students who are participating are doing so because it gives them meaning and purpose in the space that they’re in right now and an avenue to contribute something of themselves to better the community and feel that sense of connection,” says John.

The process is the outcome

After over a year, the workshops have already impacted the community in significant ways. Young residents of Crowsnest Pass have been given opportunities to express their opinions and desires like never before. “There were few moments in our workshops where one of the young people would say something and the whole room would go silent. It was like the penny drop for a lot of people,” says Lena.

“Some of us, older folks, we like to talk and we like to think we know what we’re talking about, and some of these young people just cut straight to the issue that was present and real for them.”

Lena explains that these are the key moments for the work with the community. What happens in the process is sometimes even more important than the outcome of the project itself.

“We have tools and methodologies in social innovation practice, but the gold happens in the relationships, the stories, and the deeper understanding and connections within the systems that we’re trying to change. We should not forget that that’s at the heart of what we’re doing and why we’re doing it.”

On March 30 and 31, 2021, Social Innovation Canada hosted our second Social R&D: A National Practice Gathering online. The Gathering focused on the question,…

We have granted these six Canadian organizations between $21,500-$25,000 to share their learnings using Social R&D approaches in their communities. 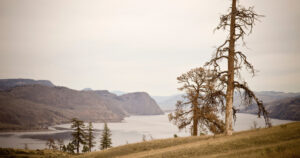 This week, I joined a circle with over 1000 people to honour the 215 Indigenous children found on the grounds of the Kamloops (Tk’emlups) Residential School. It was the fourth and final gathering being hosted by Reconciliation Canada, the theme was “Moving Forward Together.”